Autymate has saved our business so much time and money and customized our solution to match our specific needs perfectly. It has been a joy working with them! Now we know the data is accurate in QuickBooks for all our locations so we can make better decisions as we continue to grow.

In this case study, we save a 10 store franchise owner of Jimmy Johns stores over $30,000 dollars in labor costs by automating the Point of Sale entries into QuickBooks Desktop. We also provide more accurate numbers to run their business and help them to eliminate fraud.

The most significant pain point for Kidd’s Restaurant was exporting weekly sales summary reports from Macromatics POS and manually transferring data within these reports into QuickBooks Desktop each week. This process was time-consuming and required a full-time admin to complete the weekly administrative operations. Additionally, the franchise owner recognized that errors and inconsistencies were often discovered upon reviewing the weekly financial summary reports in QuickBooks Desktop.

Autymate engaged with Kidd’s Restaurants in 2019 to understand the data workflow and mapping between Macromatics POS and QuickBooks Desktop. Once the workflow and mapping were understood by the Autymate team, a weekly integration pipeline was applied between the two systems. The integration pipeline applies the business logic provided by the Kidds Restaurant team to extract the weekly sales summary information from the POS reports, and import new sales receipts into QuickBooks.

Benefits to the Franchise Owner

Need this integration or one similar?

Autymate can connect to any version of QuickBooks Desktop or QuickBooks Online. 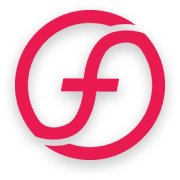