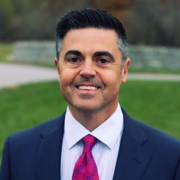 Autymate has improved our operational efficiency while reducing technology labor costs through data automation and real-time exception alerting. The support and overall customer experience have been great.

In this case study, you'll read how Autymate created an efficient process for loading the entire national claims data for home health & hospice, which saved our client thousands of man hours.

For healthcare providers, the sheer volume of patient data can often create manual processes that start to become overwhelming.  HEALTHCAREfirst approached Autymate to solve a difficult problem that they were experiencing firsthand as a result of burdensome manual processes.
‍

Every quarter, 2 full-time employees devoted a full month to load the entire claims data for the nation for home health & hospice agencies.  HEALTHCAREfirst partnered with Autymate to streamline this process and save upwards of 8 months of company time every year.

HEALTHCAREfirst regularly received the claims data from many 3rd party providers once a quarter.  In total, there were 52 CSV and Excel files, containing approximately 30 million records of patient data.

‍
These files were supposed to adhere to a standard format and naming convention to allow a successful file load.  Unfortunately, it was common for many third-party providers to misspell column headings and file names, or even change the naming convention altogether.  These minor misspellings resulted in frequent breaks while attempting to load the data.

‍
When an error did occur, identifying and resolving the problem was it’s own challenge.  Standard, uninformative error messages like “object reference not found” left the development team searching for one specific data point among thousands, the equivalent to finding a needle in a haystack.  It often took up to 3 full working days to identify and correct the errors within just one file.

We developed a process that preemptively scanned thousands of column headings in Excel and CSV files, using natural language processing to identify any variants in the naming convention.

‍
This gave our client the ability to easily identify and fix common misspellings that occurred with words like hierarchy, without having to search for hours.

‍
Below is an example email of the detailed job summary that ran successfully:

In cases where a column heading deviated too far from a designated threshold, an intelligent error report displaying all the fields, columns, and files that were to be expected while also suggesting the closest match, and even providing a link to correct the issue.

The Results With this new process in place, HEALTHCAREfirst was immediately relieved from the burden of hunting down errors in files containing millions of records. What used to take 8 months of combined labor, now is a completely automated process, saving our client thousands of dollars every month.

Need this integration or one similar?

Autymate can connect to any version of QuickBooks Desktop or QuickBooks Online.